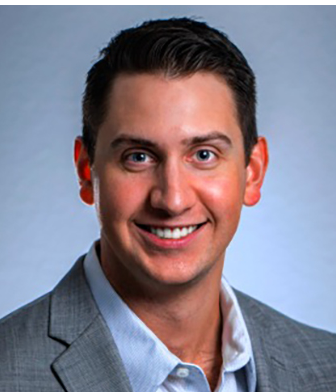 Before moving to Temple in 2015, Stephen grew up on a ranch just outside of Athens, TX. It was there he learned the fundamentals of labor by tending to the day-to-day maintenance and responsibilities that came with living on a cattle ranch. As a teenager, Stephen became more involved with the church of First Presbyterian in Athens and also volunteered his time with organizations such as Grace Presbytery and AmeriCorps on mission trips.

After graduating from Athens High School in 2009, Stephen moved to Tyler, TX where he worked as a personal trainer and a firearm salesman while obtaining an Associates Degree in Criminal Justice from Tyler Junior College.

In 2015, Stephen and his wife moved to Temple where they have developed relationships in the community and have grown to love the Central Texas area. He now works as a Firefighter for the City of Temple. Stephen enjoys the 24/48 schedule that the Fire Department offers. The flexibility of a set schedule has allowed Stephen the time to pursue his interest in real estate and obtain his Texas Real Estate license.

While selling firearms, Stephen developed a love for cultivating a deal. He earned his real estate license in 2019 and wasted no time in marketing himself around Central Texas. He has already experienced early success in helping clients buy and sell.
Stephen brings a high level of energy and determination to the table and works hard to close the best deal for his clients. In his words,

“Whether you’re buying or selling, I strive to exceed your expectations.”

You don't have any testimonials .

Each Office Independently Owned And Operated. The information provided herein is deemed accurate, but subject to errors, omissions, price changes, prior sale or withdrawal. United Real Estate does not guarantee or is anyway responsible for the accuracy or completeness of information, and provides said information without warranties of any kind. Please verify all facts with the affiliate.
Copyright© United Real Estate
Privacy Statement-Terms Of Use

If you are using a screen reader, or having trouble reading this website, please call our Customer Support for help at 800-999-1020 .

Leave a message for Stephen